Hope you are well…

Like you I have been unusually bombarded with political leaflets and letters from Labour and the Liberal Democrats since it was announced Alan Law, Labour Councillor was standing down to concentrate on his health.

It confused me as I never usually receive political mail as none of the partied bother as Firth Park Ward is seen as a Labour seat and what’s the point. Is it really a strong labour seat? Well I looked into how many voted Labour in last May and it came to around 1800. Not a lot to say there are thousands in the area who are lucky to have the right to vote. It made me wonder is it really a strong labour area Firth Park Ward? My wondering took me further as I have never voted Labour so I asked neighbours and friends did they vote Labour? They all said they don’t bother voting as Labour always get in.

I used to think that too until I saw the number of people who actually vote in our area and then I thought well until the none voters start voting then maybe nothing will ever change in the area. I also decided to stand as an Independent candidate as I don’t know about you but none of the political parties really appeal to me. I felt and still do that I am not being listened to by the Liberals, Labour, Green or Conservative parties. Well how could they listen to my moans or ideas when they have to check in on what their party wants or expects before they do anything. Leaves you feeling frustrated and I understand why a lot of the Firth Park Ward don’t vote. If I am wrong here and there are other reasons you don’t vote then please let me know as I will listen and if elected on the 16th September I will do something about it.

I want to re-write the Firth Park Ward’s story into a happy story where all residents are involved in making it the place they want to live, work, socialise and retire. We can only do this our way if more neighbours vote on the 16th September. If you agree with my priorities and want to see real change in the area then please Vote April Worrall – Independent.

Hi, I’m April. I live in Firth Park and have done all of my live. I have 3 children and a partner. I work in Sheffield as a civil servant and have done for 20 years. I have also run a small cleaning business for 10 years. I enjoy walking, geocaching, church and football.

April out & about in the ward 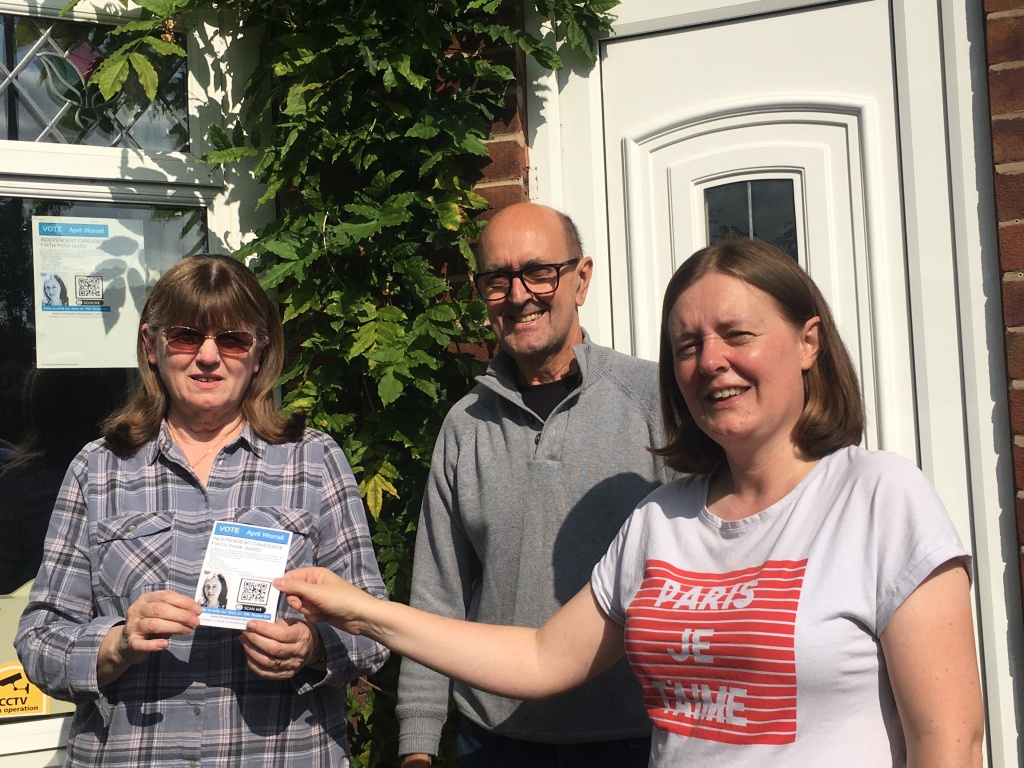 Cleaning up the local area